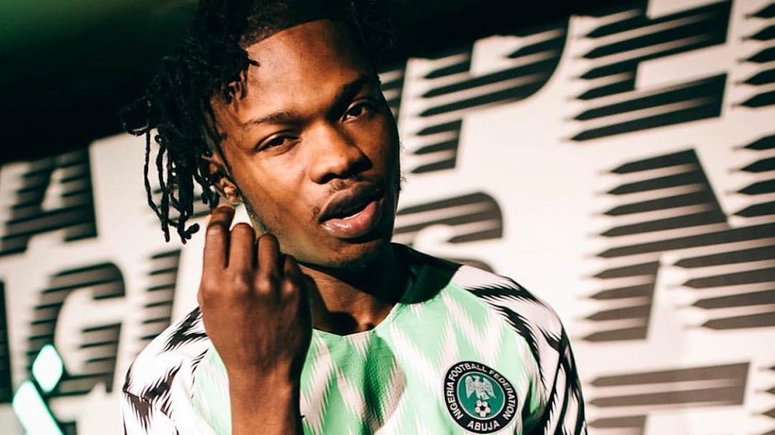 Days after Naira Marley was released from jail after perfecting his bail conditions, the singer has reached out to yahoo boys.

The singer in a video published by Instablog9ja on Sunday, June 16 2019, demanded some sort of compensations from yahoo boys saying he went to jail because of them.

He said, “Those of you that are yahoo boys are owing me money because Am I a Yahoo Boy? No. I have gone to jail because of them”.

“You are all owing me. I went to prison because of you all,” #NairaMarley tells #Yahooboys

“You are all owing me. I went to prison because of you all,” #NairaMarley tells #Yahooboys

Recall that on Thursday, May 30, 2019, Naira Marley appeared before Justice Nicolas Oweiboof Federal High Court, Lagos for his bail hearing and the court granted him the bail on the conditions of; a N2,000,000 bond, and two sureties, one with a landed property and the other, a Civil Servant, not lower than a level 10 officer.

Naira Marley reportedly out of jail after meeting bail conditions

Naira Marley l out of jail after meeting bail conditions

Naira Marley was arrested on Friday, May 10, 2019, by the Economic and Financial Crimes Commission (EFCC) together with Zlatan Ibile, Rahman Jago, Guccy Branch and one other person.

Following their arrest, the EFCC paraded them over their alleged involvement in cyber crimes. But few days later, Zlatan Ibile and others were freed, while Naira Marleyremained in the EFCC’s custody.

After some days in jail, Naira Marley was released having fulfilled his bail conditions.

About bamzie 105 Articles
A classical Disc Joker in Nigeria.

Looking for something? Search below

Song Of The Month